The weather was very kind to us for the first day event of the Tralee Tennis Club season. The May mixed doubles was a great success with all players involved enjoying themselves on and off the court. Players were limbering up from 12 noon, play got under way around 12:45 and finished around 17:00. While taking a well earned break from play everyone got to enjoy some lovely threats supplied by all the players (thank you to all for a great effort) and some delicious soup, brown bread & the good old reliable toasted sandwich. There were also some lovely fresh strawberries and ice cream for dessert! Some players suggested that their intake of food had adversely affected their play 🙂 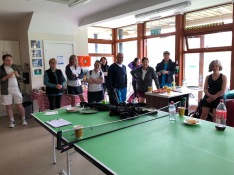 Tennis wise, 28 players took part with only one all female pair required so things balanced out nicely. We had a “16 Person Section” and a “12 Person Section”. 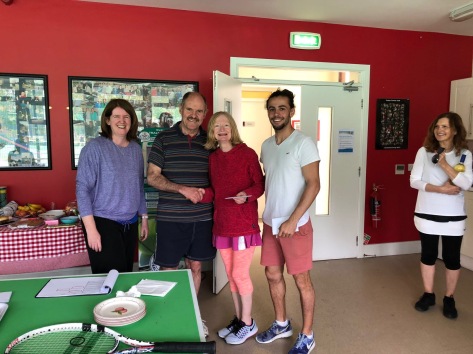 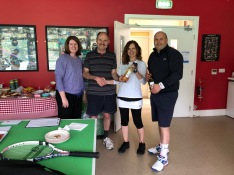 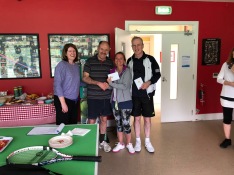 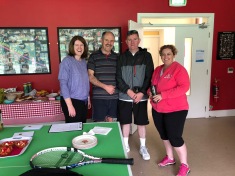 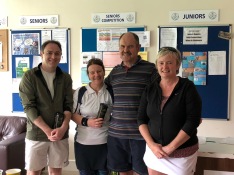 Fantastic tennis throughout the day, well done to all for taking part!

The captains would like to thank all the players that joined them for the day and the members that popped in to say hello. It was great to see such a good mix of newer members and long standing members taking part. There was some great tennis played across all the courts and everyone was in good form which makes for a great day in the club. Finally, thank you to everyone who helped on the day with set up, making sandwiches, serving desserts and the dreaded tidy up, you know who you are!

Looking forward to the next event!